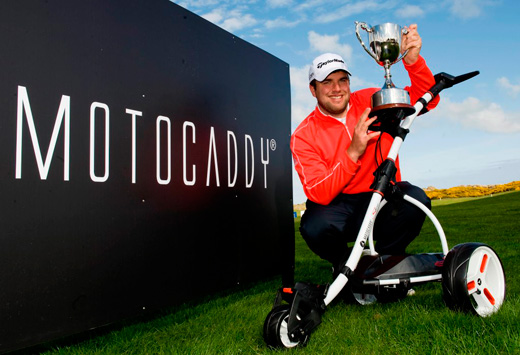 Jack Senior won the Eagle Orchid Scottish Masters after a three-way play-off at Montrose Links to steal an early march on the PGA EuroPro Tour Order of Merit.

The tournament went to a play-off on the 18th, and while Saltman made bogey after finding a greenside bunker and Frazer two-putted for par, Senior was able to make birdie on the par-four hole having found the front of the green from the tee.

He finished second at the Belfry two weeks ago and after collecting £10,000 for his win at Montrose Senior (Heysham Golf Club) already has £15,000 to his name on the Tour rankings. The top five at the end of the season earn a Challenge Tour card for 2015.

“I have started the season well, straight out of the traps,” said Senior, who also collects a brand new Motocaddy and Shotsaver range finder for this win. “I will hopefully be able to get back on the Challenge Tour next year. If I keep going as I am hopeful I can progress."

Senior’s final-round 66 took him from level par after the first 18 to five under at the end of the event, which was reduced to 36 holes after the first two days were severely disrupted by heavy fog.

Highlights of the Eagle Orchid Scottish Masters premiere on Sky Sports HD on May 13 at 8pm, with repeats the following day.