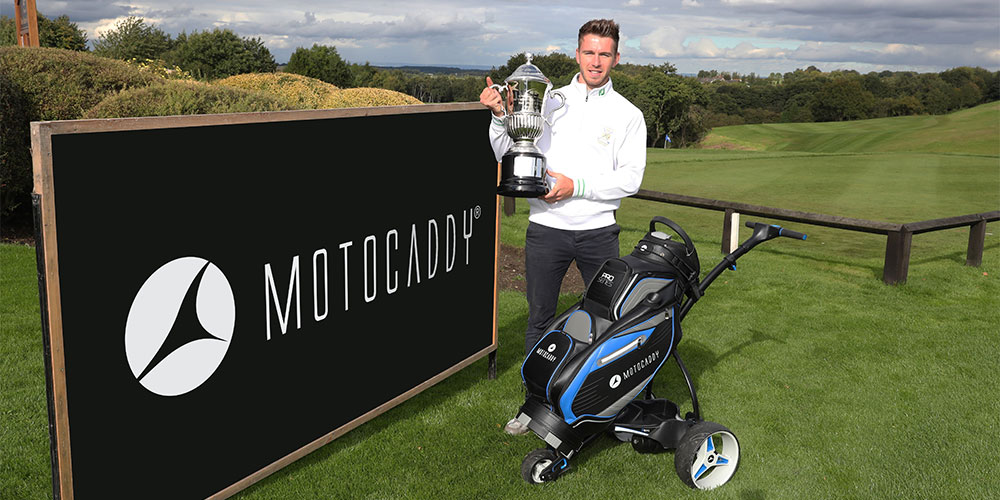 The 'Motocaddy Masters' at Frilford Heath next month has been announced as the opening tournament of 2018 PGA EuroPro Tour season, with highlights being shown on Sky Sports and 136 other broadcast networks around the world.

The title sponsored tournament in Oxfordshire (16-18 May) will also mark the thirteenth consecutive season Motocaddy has been named as the ‘Official Electric Trolley’ of the Tour. To celebrate the continued partnership between the UK's leading trolley brand and Europe’s third-tier Tour, Motocaddy has given players an extra incentive by increasing the prize package at the event for the second year running.

“The stature of the Tour is growing season on season and we're delighted to not only be on board as the ‘Official Electric Trolley’ once again, but to also have the ‘Motocaddy Masters’ kick starting the Tour is a real privilege,” said Motocaddy Marketing Manager Oliver Churcher.

“We want to offer the players a prize package that befits the event itself and if last year was anything to go by, the S5 CONNECT will certainly be a sought-after prize once again this year," he added.

James Adams, winner of last season’s ‘Motocaddy Masters’ says the prestige of winning on Tour gets greater every year. “Winning the Motocaddy Masters title last year was really special for me and I used my S5 CONNECT for the rest of the season which made a massive difference to my game,” said James.

"With such a prize package on offer and having Sky Sports broadcast the event as well really helps us prepare for what will hopefully be a successful career on the European Tour in the future."

Motocaddy will continue to provide support at each EuroPro Tour event by offering the world’s favourite electric trolley, an S1 with Lithium battery as a prize to the winner.

"The partnership with Motocaddy is the longest running on Tour and I can't thank them enough for the support they have given us over the years," said Daniel Godding, CEO for the PGA EuroPro Tour.

"Most of our members choose to use a Motocaddy trolley and to have such a well-respected brand as an official sponsor for thirteen years has made a massive impact, plus I know the players look forward to the ‘Motocaddy Masters’ every year," he added.

A new seven-year deal between promoter Matchroom Sports and Sky Sports, ensures each event will feature in a two-hour highlights package, reaching over 405 million households.

The 16-event PGA EuroPro Tour season runs from May through to September and concludes with the Tour Championship in October. The total prize money this season is £1.2million, with the top five golfers on the Order of Merit awarded a 2019 Challenge Tour card. In addition, a bonus of £250,000 is on offer to any player who wins four tournaments on the 2018 schedule.