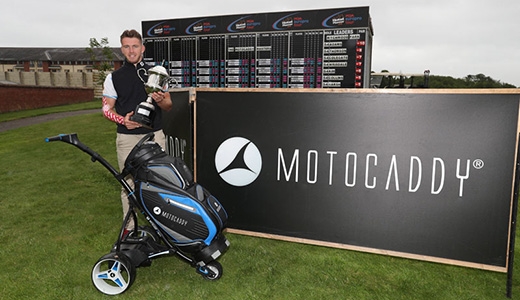 James Adams carded a final-round 67 to win the Motocaddy Masters by two shots on 10 under par at Wychwood Park Golf Club in Cheshire.

Jordan Wrisdale (Boston) started the day as tournament leader at nine under par but dropped off the pace to finish on seven under par.

Jonathan Thomson (Rotherham) came closest to challenging Adams, finishing eight under par for the tournament, but it wasn’t enough to stop the Norton Canes golfer who carded five birdies and an eagle on the last day.

“I feel pretty good, it’s a strange feeling, especially when I’ve had some tough weeks this season. I played three rounds this week that I can’t really remember and have ended up winning”, said Adams, who wins £10,000 as well as a brand new Motocaddy S5 CONNECT electric trolley as a special winning prize, Bushnell Pro X2 Range Finder and Bolle sunglasses.

A 67 round, the lowest score of the day including an eagle on the first, proved to be pivotal in clinching victory. Adams said, “I had a good start, my tee shot on the first into the wind which bounced down the fairway slope set me up nicely for the eagle.” 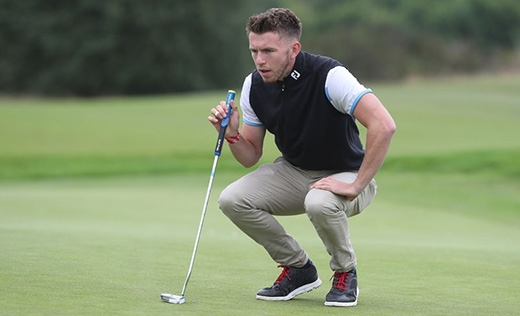 His back nine didn’t start in a similar fashion though, a bogey on the tenth proved to only be a minor setback, as he responded with back to back birdies.

The win thrusts Adams into ninth in the Race To Amendoeria in only his third event this season. He said, “I will be playing on the EuroPro Tour for the rest of the year now, it’s a big jump up on this tour and coming first makes a big difference. I’m looking forward to next week and playing some great golf again.”

Motocaddy has been selected as the ‘Official Electric Trolley’ of the PGA EuroPro Tour for the twelfth consecutive year. The PGA EuroPro Tour is the leading developmental tour in Europe with the top five players from the Order of Merit receiving exemptions onto the 2018 European Challenge Tour.