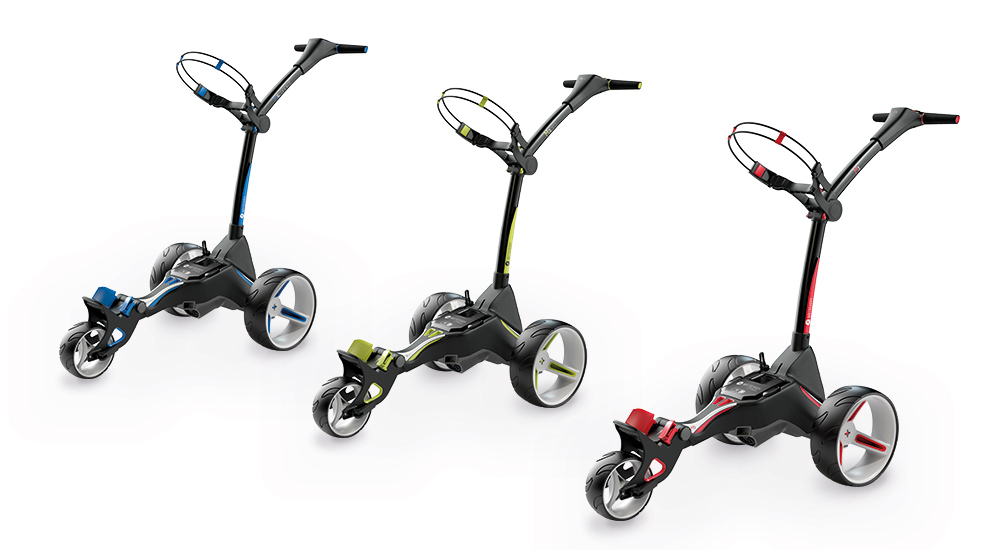 Running at a higher voltage than traditional 12V trolleys, the new M-Series 28V ‘High Power’ system is more efficient, meaning the trolley doesn’t have to work as hard to perform the same task as the traditional 12V systems found in most other trolleys on the market.

“The best way to describe how a 28V system works is to imagine the rev meter in a car. A 28V system requires less than half the revs of a 12V system to achieve the same speed. Therefore using a 28V power system allows us to optimise the trolley’s drive system, placing less strain on the components. This is ultimately better for the trolley and will help them last even longer,” he added.

Along with the modern design; game-enhancing features; pioneering high-power system; and unrivalled reliability, the M-Series has a new super-lightweight Lithium battery, that’s not only lighter, but also 33% smaller than its nearest competitor on the market.

“We’ve not just created the most powerful compact-folding range in the world, but the M-Series also has a significantly reduced folded footprint which is 11% smaller than anything else on the market,” added Churcher.

Other features across the new M-Series include a soft-touch ergonomic handle, fully adjustable to any height by hand; a whisper-quiet 230W motor; an integrated safety cut-out system; an auto-open stand mechanism; plus Motocaddy’s exclusive EASILOCK bag-to-trolley connection system, which removes the need for a lower bag strap. It also features a new style oversize frame to offer unprecedented handle stability.