The highly sought-after honours are selected by a team of experts at two of the UK’s top-selling golf publications - Golf Monthly and Today’s Golfer – with nominations included in various categories by merit alone. 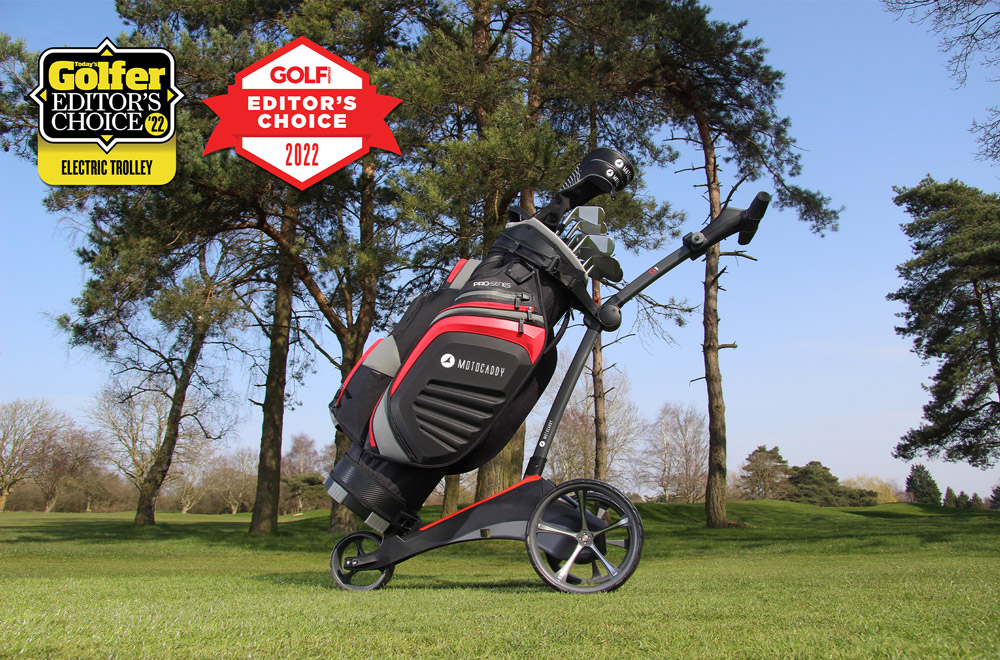 “With such a wide range of trolleys and bags available on the market, it’s great to have so many of our products picked by two teams of well-respected and knowledgeable golfing experts,” said Motocaddy Marketing Director, Oliver Churcher.

“It’s a testament to the hard work that our Product Development team does behind the scenes, producing incredible products that are not only stylish and reliable, but genuinely pioneering within the trolley category. Although the recognition helps reward the work we’re doing, we aren’t resting on our laurels, and we’re really excited for everyone to see what we have in store for the future,” he added.

An unprecedented seven products were awarded by Today’s Golfer, three in trolleys and three in the bags categories, with the soon-to-be launched PRO 5000 GPS Laser Rangefinder picking up its first award in the Rangefinder and GPS section.

The brand new S1 and M3 GPS electric trolleys were chosen along with the increasingly popular and multi-award-winning CUBE – the UK’s top-selling push trolley for the last four years. “The latest M3 GPS does it all and the S1 has been the most popular electric trolley globally in recent years and it now includes more features than ever-before,” said the TG judging panel. The new Dry-Series waterproof bag was chosen, adding to the numerous awards presented to its previous models through the years. The brand’s popular Pro-Series cart bag and versatile HydroFLEX stand bag were also winners. 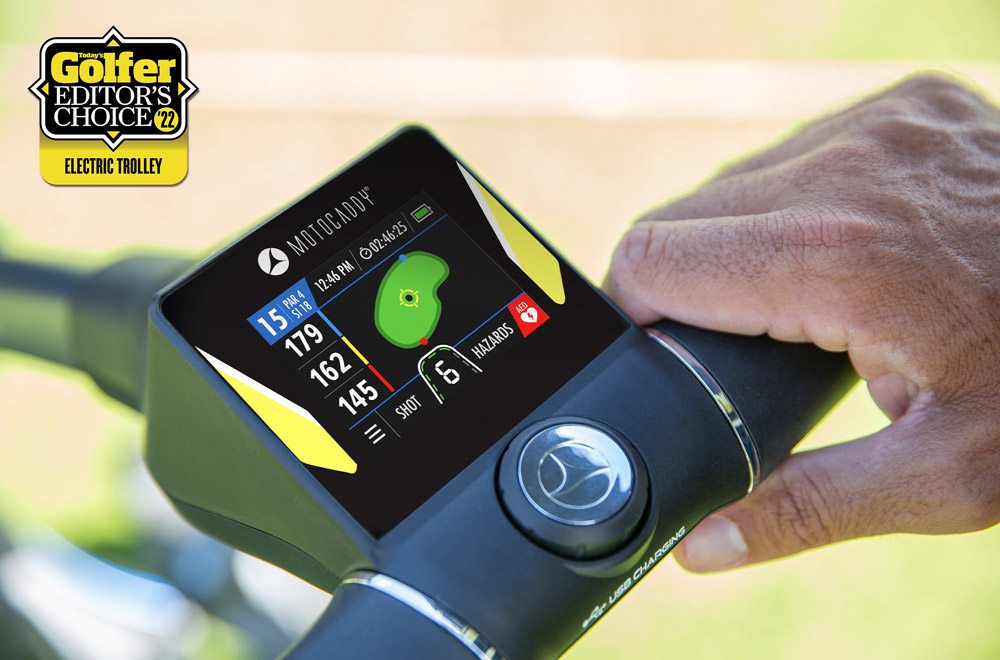 The Golf Monthly Editor’s Choice Awards is a selection of the best 100 products in golf, chosen by the magazine’s team of editors who believe the models really move the needle in their respective categories.

Once again, the brand new S1 electric trolley was chosen and given a top 5-star ranking upon review with the Golf Monthly team saying “It’s the most compelling entry-level electric trolley for 2022. The S1 just edges out its closest rivals with some clever quality of life upgrades. Inverting wheels and a battery you never need to remove from the chassis makes for an easy to use and fuss-free experience while the one step folding system is a breeze. It feels like the engineers and designers at Motocaddy have really thought about the user experience with the S1 and it is the minor details that go a long way to making this a great electric trolley.” 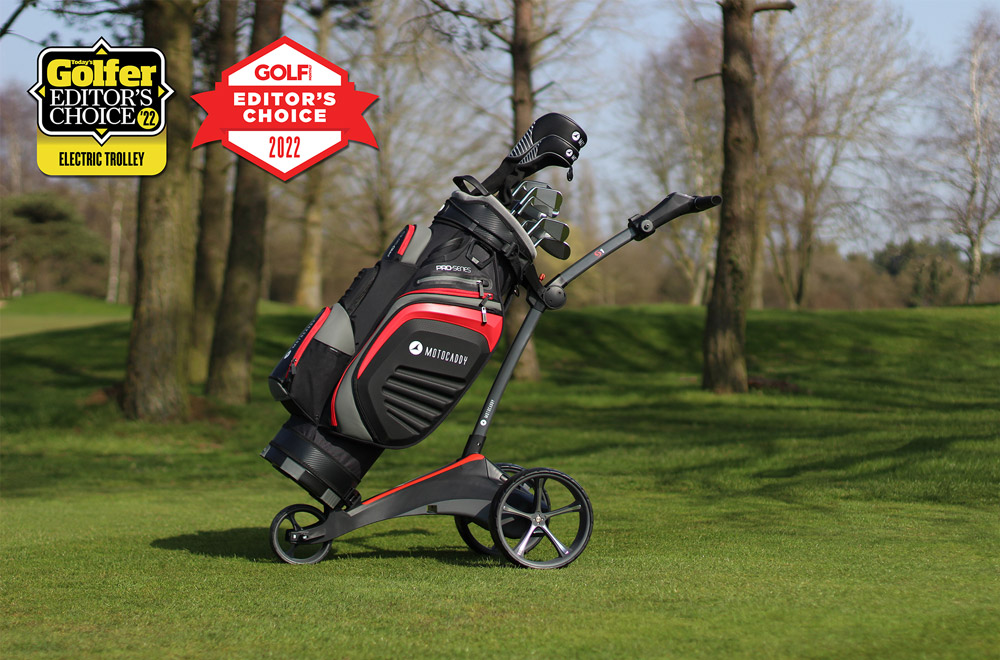 Across other media testing, the Motocaddy Dry-Series bag was also chosen as the ‘Best Waterproof Cart Bag’ by My Golf Spy, the popular US based website with more than 63 million worldwide readers, which also had the Pro-Series on its list of ‘Best Cart Bags.’

The MGS team added “It’s rare to find a waterproof bag that doesn't lose its overall structure. The Motocaddy Dry-Series cart bag however holds its own allowing the pockets to remain poised which results in easy access with one handed opening and closing system.” 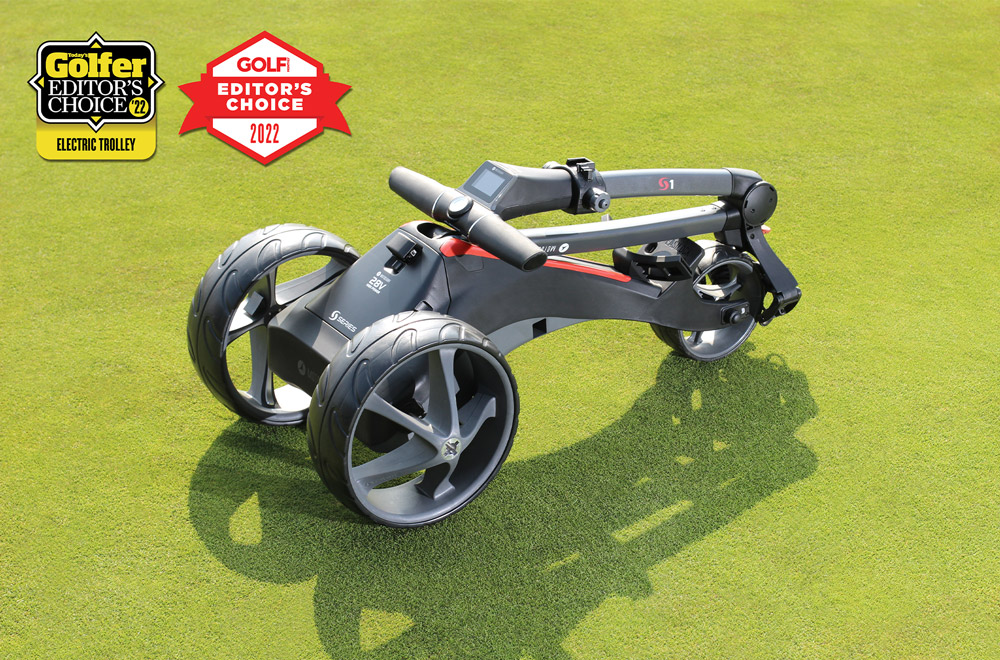 The awards continued this month with the M1 electric trolley winning the coveted Foremost 2021 Trolley Model of the Year award. The award was voted for by the Foremost Golf membership that features more than 1,000 PGA head professionals.

“To follow-up the media awards with one selected by our valued retail partners is very special and we thank Foremost and its members for the award,” added Churcher.