Brought to you by Motocaddy

We are proud to have been selected as headline sponsor of the brand new TV Series Golf's Greatest Holes.

The story behind the show

It’s a conversation we all have in the clubhouse. “Where is your favourite course? Which is your favourite hole?” But it just so happened that this conversation was at Wentworth with former Ryder Cup captain Paul McGinley. He’s played all over the world in some of the biggest tournaments and designed a few courses too. So, he should know!

So, he started plotting this golfing expedition and we had anywhere in the world to begin our journey but just like his career he wanted to start in the island of Ireland. And what a journey it turned out to be. From the most northern spot of the island of Ireland, Donegal, south to Kinsale, as far west as Belmullet and East as Downpatrick.

Watch the preview below

Chris and Paul play some of the best golf holes in Ireland & Northern Ireland. The first episode includes to Old Head, a links course with stunning views of the Atlantic Ocean.

Chris and Paul continue their golfing adventure. The stunning K Club is featured, where Paul McGinley relives memories of taking on Tiger Woods at the 2006 Ryder Cup.

Chris & Paul head to Holywood! The Holywood where real stars are born. Hometown and home golf course of Rory McIlroy.

Paul returns to one of his favourite courses County Sligo, where he tackles the testing 14th hole in wet and windy conditions.

The final episode of the series features the 2019 Open Championship venue, where Irishman Shane Lowry was crowned champion.

Where can I watch Golf's Greatest Holes?

More than twenty leading broadcast networks have already signed-up to screen the Series across 189 countries – including the USA, China, Japan and Australia – reaching more than 500 million households and 50 million digital viewers, plus significant online and social media audiences over the next four years. Further broadcast schedules will be added when available.

Products featured in the show 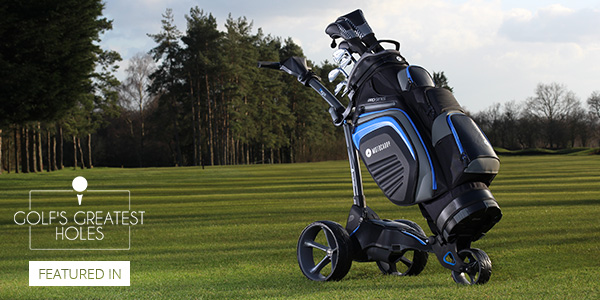 The award-winning M5 GPS offers fully‑integrated GPS built into a super-responsive 3.5” touchscreen display. Boasting 40,000 pre‑loaded courses with pin-point accuracy, it can also connect to the Motocaddy app for smartphone alerts. 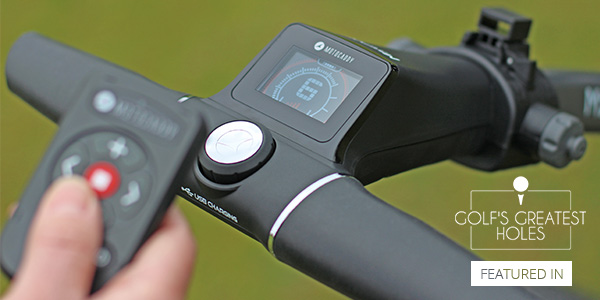 Winner of the My Golf Spy 'Most Wanted' award, the compact-folding M7 REMOTE features a rechargeable handset, removable anti-tip wheel, and automatic Downhill Control technology for the ultimate in responsive control. 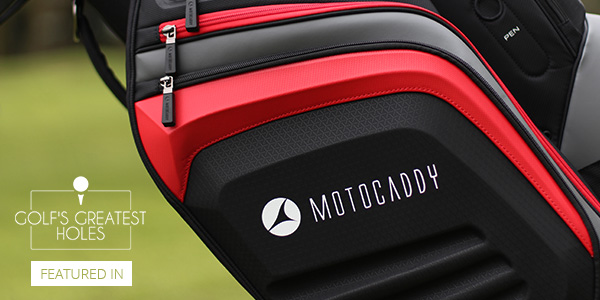 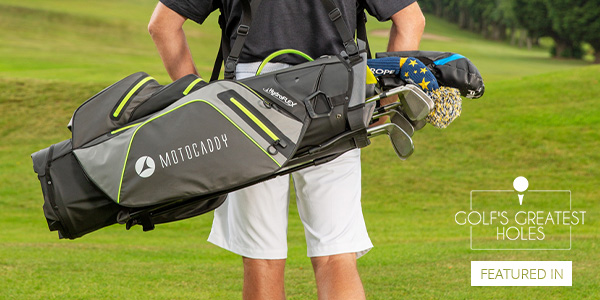 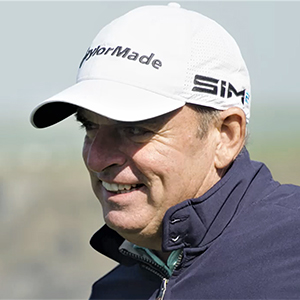 The high-profile Irish golf personality turned professional in 1991 and has 10 professional victories to his name, including four on the European Tour. His maiden Tour victory came at the 1996 Austrian Open and a year later, he won the World Cup of Golf for Ireland with Padraig Harrington. Paul enjoyed a stellar Ryder Cup career in which he won three consecutive contests as a player (2002, 2004, 2006) most notably sinking the winning putt on the 18th at the Belfry for Europe to regain the trophy in 2002. After twice fulfilling vice-captain roles, he was handed the captaincy of Team Europe for the 2014 Ryder Cup at Gleneagles, leading them to a commanding five-point victory over a strong Team USA. Paul currently divides his time between playing on the European Senior Tour, providing expert analysis on both Sky Sports and NBC Sports and heading up his own golf course design company. A Director of the European Tour and a Ryder Cup board member, he recently hosted the Irish Legends tournament presented by The McGinley Foundation at Rosapenna Hotel & Golf Resort on the west coast of Ireland. He’s been a member at Sunningdale for several years and lives within walking distance of the famous course. 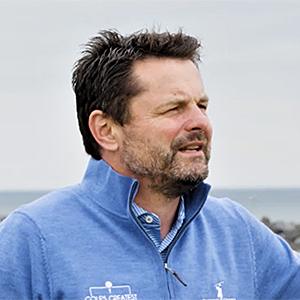 An accomplished broadcast journalist and presenter, Chris has featured in many top-rating sports and lifestyle TV shows in the UK over the past 20 years, including BBC News, BBC Sport, BBC Breakfast, Watchdog, The One Show, and Secret Britain. He became known to an even bigger audience when winning the Strictly Come Dancing title in 2009. Chris began a promising sporting life playing youth football for Charlton and QPR, before turning to first-class cricket and earning a blue for Oxford University. He began his broadcast career as a reporter with ITV. A keen golfer, he plays off a seven handicap and is President of The Oxfordshire Golf Club, close to his home in Henley-on-Thames. In July 2021, he won the Celebrity Pro-Am at the Staysure PGA Seniors Championship at Formby, amassing 46 Stableford points to secure his place in the Grand Final in Mauritius at the end of the year. As a Director of No.4 Productions, he also produced a TV golf series presented by Tour star Tommy Fleetwood that was screened on Sky Sports Golf from July 2020 called ’FORE’ which featured golf’s funniest videos. He has also been an ambassador for the CLIC Sargent and Sparks children’s charities for more than 20 years.