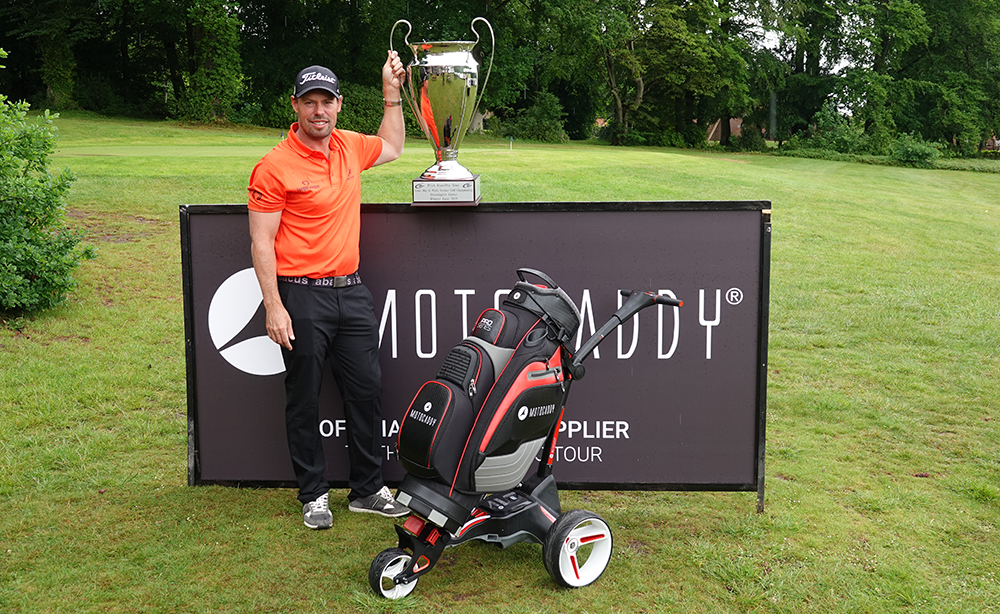 Mikael Lundberg has won The World Snooker Jessie May Championship in difficult conditions on the final day at Donnington Grove.

Trailing Ben Hall by one shot, Lundberg went two-under in his final round to win by one shot over Alfie Plant of Sundridge Park Golf Club and James Adams from Druids Heath Golf Club.

The Lumine Golf Club golfer hit rounds of 68, 71, and 70 to win his first title on the PGA EuroPro Tour since winning the Lumine Lakes Open on the Nordic Golf League in 2017.

Lundberg on victory: “Overall it was really nice. Today it was unbelievably tough at times. I am really happy that I could pull it off. Some of the guys out there they’re really good players. I’m glad they could let the old man win.”

“The first day I put really well. On the second day not so good. I missed the 5/6 footer on the third hole so I was a little bit worried. But then I started putting really quite nicely so I’m just really happy today.”

“Hopefully I can get some kind of ranking back and then the end of the year play tour school and hopefully get my European Tour card back.”

An earlier start on two tees was the decision to deal with the forecast rainfall and it proved to be the correct call. Conditions proved to be difficult with heavy downpours throughout but the courses coped well with the greens only marginally slowing down across the board.

It was a solid last round for both Adams and Plant who shot two and one under respectively to tie for second.

Overnight leader, Ben Hall (TSR Recruitment) was four over at one point but birdied the following three holes to go one over where he remained to finish fourth.

Dongwon Kim (Team R&E), Michael Saunders (Dartford Golf Club), and Dan Brown (Romanby Golf Club/G4L) all tied for fifth on four under on a day where only five players went under par in their final rounds.

Highlights of The World Snooker Jessie May Championship will air on Sky Sports on 18, June 2019 at 20:00.